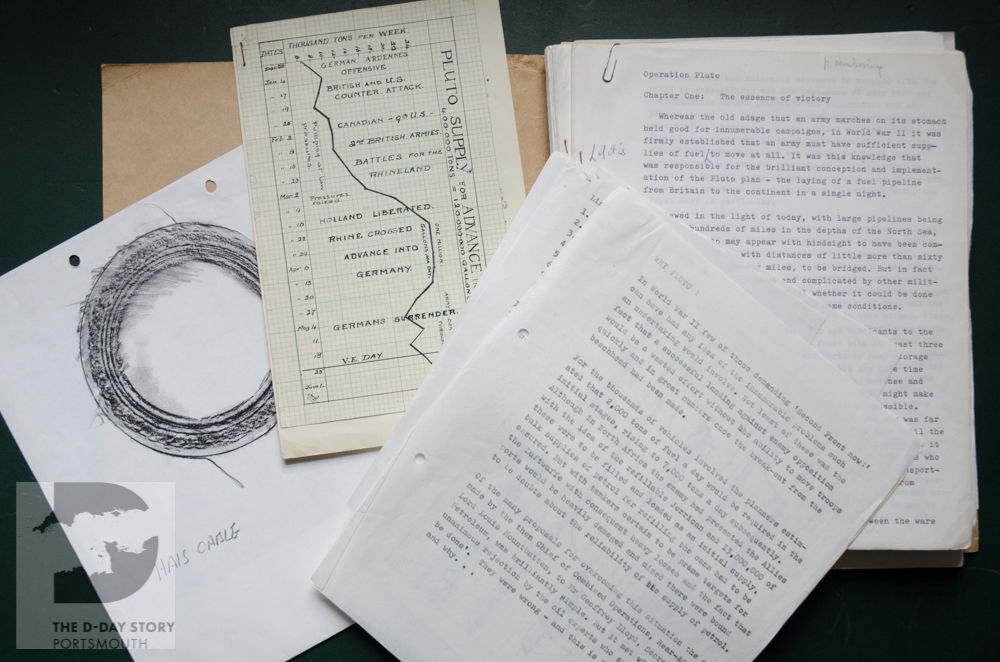 All the items we hold are important.  ‘Special’ collections are groups of items that hold a wealth of original information often from one source – one business or organisation or one individual for example.  They are often consulted for research purposes.

Commander Eric Middleton (PLUTO) collection
Commander Eric Middleton RNVR was senior naval experimental officer on the Combined Operations staff, 1942-1944. He played a key role in the development of PLUTO (Pipeline Under the Ocean) which was developed to pump fuel across the English Channel from the UK to Normandy after D-Day. His papers comprise his memoirs, wartime documents, as well as post-war letters and memoirs from many other people who were involved in PLUTO.

LST and Landing Craft Association collection
This collection was mostly compiled by the Association’s late archivist, Tony Chapman. It covers the experiences of the crewmen of landing ships and craft, including those who served on the LST (Landing Ship, Tank), and related topics. The majority of the collection relates to the Normandy Landings but there is also material about other landings such as those at Walcheren in November 1944.

Russell Miller collection
The author’s research papers from Russell Miller’s book ‘Nothing Less Than Victory. The Oral History of D-Day’ (1993). This collection includes interviews with Normandy veterans that Russell Miller conducted in the early 1990s, as well as copies of some material from US and other overseas archives such as transcripts of some 50 interviews conducted by Cornelius Ryan with German veterans for his book The Longest Day (the originals are now in the Cornelius Ryan Collection at Ohio University).

Frank and Joan Shaw collection
The authors’ research papers from by Frank and Joan Shaw’s book ‘We Remember D-Day’ (1994). This collection comprises hundreds of letters written to the authors following public appeals, giving the memories of service personnel and civilians who took part in or witnessed Operation Overlord.