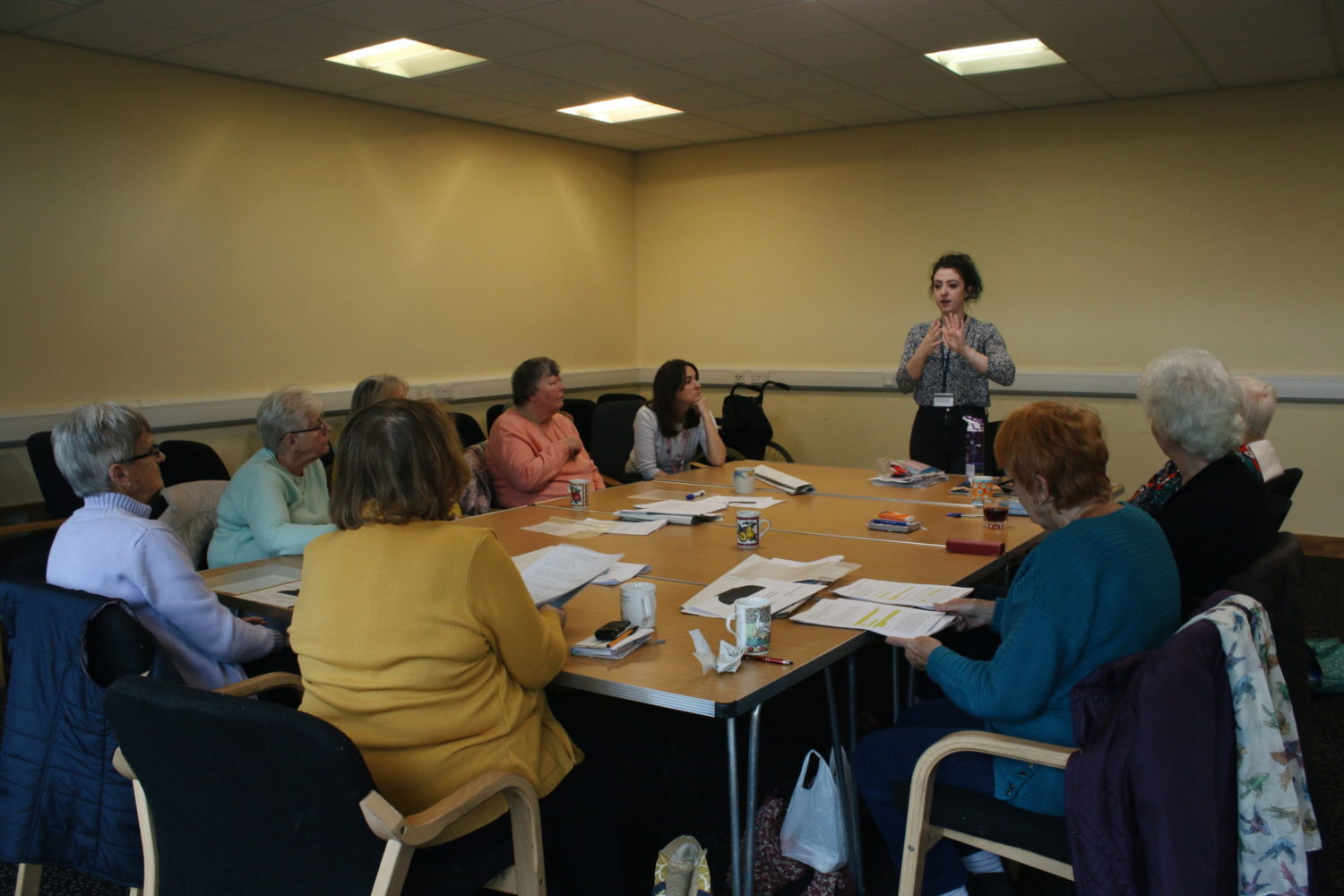 Emma and the volunteers

Emma and the volunteers

It’s been really busy here since my last update. All of the groups have been researching their chosen topic and every group has now finished the main part of their research. This research took many forms, and it completely depended on the group and their topic.

John Pounds Wednesday club, who are looking at the Portsmouth Dockyard in the Second World War, were focusing their research on oral history memories of Dockyard workers. These ended up being the best insight into the Dockyards in this era, because everything was kept so secret, so we couldn’t rely on other sources such as newspapers or official reports.

The Chat over Chai groups really utilised external organisations, and with the help of the National Museum of the Royal Navy uncovered more research about the Women’s Royal Indian Navy during WW2.

The type of research and the topic also helped the groups decide on their final outcomes to showcase the history to the wider Portsmouth community. The John Pounds Wednesday Club found the oral histories so human and at times comical that they thought displaying the history in a series of 1940s style posters would be really effective.

We have also been very lucky to be able to take the groups on trip. Chat over Chai attended workshops led by The National Museum of the Royal Navy and will soon be traveling up to London to visit The National Army Museum. The John Pounds groups were very privileged to visit Southwick House and see the map room where the main allied commanders planned the D-Day operations.

One thing that has become very apparent during this project is everyone’s willingness to help. I have been blown away with the kindness that myself and the community groups have been shown. In particular The National Museum of the Royal Navy, Southwick House, The Royal Armouries and The National Army Museum have all been unbelievably accommodating to our needs and have been so enthusiastic and supportive of our projects. This has made the process of delivering this project so much easier and more enjoyable.

I have been learning so much from the work I am doing: from hiring freelancers to come in to sessions and help groups turn their research into showcase pieces to managing project volunteers. I love every minute of this role and it continues to push and challenge me. It has been so rewarding seeing the groups learn new skills, enjoy the researching process and look forward to every session.

There is still so much to get done before the project comes to an end in June but I am excited for the next steps and to see the groups unveil their final pieces.

The culmination of a lot of hard work
How is the project getting on?