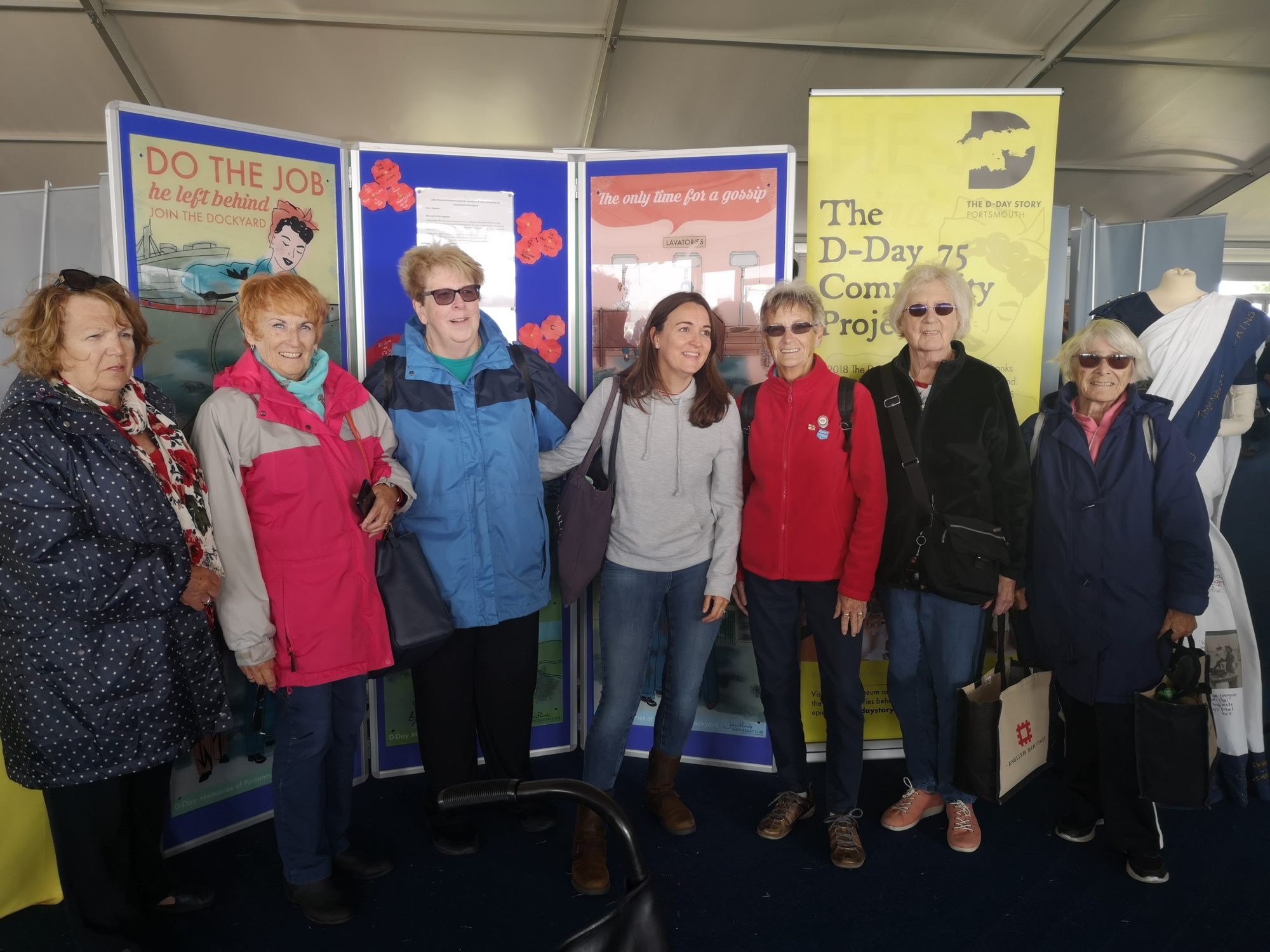 The posters went on display on Southsea Common as part of the D-Day 75 celebration events. It was amazing to see the number of people having their photograph taken next to the posters! The group also made it down to the common to have a look at their hard work and take some photos of their own.

Once the posters finish their display at The D-Day Story, they will go back to the John Pounds group, to be displayed in their own community centre.

With the help of film maker Joe Stringer, John Pounds Friday Club produced a very poignant film of their memories of war.

The film will soon be available to watch on The D-Day Story’s YouTube channel and here on our website too. Each group member has been given multiple copies of the film so they can share them with family and friends.

The film will now go into The D-Day Story’s collection so that it can be used for future research into the civilian experience during The Second World War.

Here’s some of what the John Pounds clubs had to say about being involved in the project:
“‘Very proud to have been invited to take an interest in such an iconic occasion and I’ve learned such a lot.”
“Aren’t we lucky to have been involved.”
“It’s brought it home that we all have something to contribute, we still have our brains.”
“I have gained lots of information about D-Day and confidence to do another project.”
“I have enjoyed the sense of a communal project.”
“It has been a pleasure to have taken part in such a memorable occasion.”

An introduction to the Wednesday and Friday clubs at John Pounds