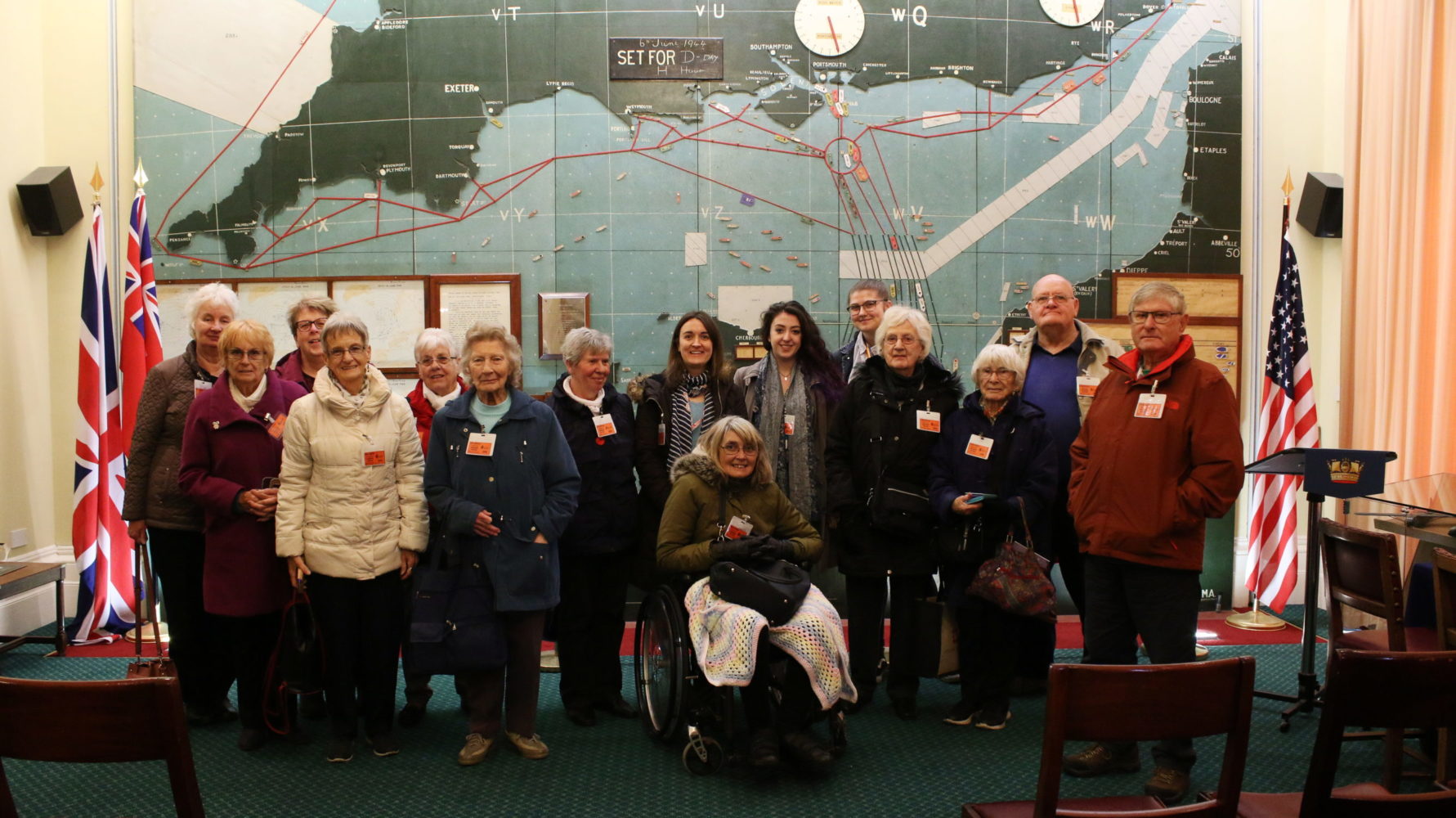 Our project has moved along pretty quickly in the last few months. In our research sessions we started by looking at archive material from Portsmouth Dockyard, such as orders for D-Day. This helped us get a better idea of what was happening in that area around D-Day.

In March we started looking at the individuals who actually worked in the dockyards during WW2. We read through interviews and made character cards so we could really understand these individuals. It was nice to hear the personal experiences and that everybody worked together. It made the history very easy to relate to.

It was while reading these interviews that one of our members, Sue, came up with an idea of how to display our findings from our project. The interviews showed the humours side of work in the dockyard as well as the hardship. It reminded us of the 1940s information posters that were circulated during the war, some of which were quite comical.

So we decided that in order to help the wider community understand the history of the dockyard in WW2, we would turn our findings into 1940s-style information posters.

This meant we had to find an artist.

We found a local graphic design duo called The 2 Sisters who specialise in hand lettering and murals. We went through our research and picked out seven ideas for posters, one of which was the toilets in the dockyards… we have a thing about toilets in this group! Lauren from the team came to one of our sessions where we narrowed it down to five really great ideas.

We were also able to go on a trip to Southwick House. In 1943, with the planning for D-Day already underway, the house was chosen to be the location of the advance command post of the Supreme Headquarters Allied Expeditionary Force. The map which was used for this planning is still at the house and it was great to see the map room.

We have really been enjoying this project. The dockyard is our history but we didn’t know a lot about it. It’s been a really interesting project and we are looking forward to seeing the first designs for our posters and to show off the final designs.

Over the last few months we have been working towards interviewing members of our group for a film which we are making for the project.

In March we had an oral history expert called Rib Davis come in and run a session for us about interview techniques. Our biggest challenge as a group was remembering to be quiet when we were interviewing someone as we do like to chat! We got the hang of it eventually.

In our next session it was our turn! Joe Springer, a local filmmaker came to film the interviews that we were conducting as part of our project. We were interviewing three members of our group, which mean the rest of us were being interviewers for the day.

At first it was a little nerve racking to see all the equipment, cameras and lighting, so we decided to conduct the interviews in groups. But once we got into it, we forgot all about being filmed.

In the next month we will be doing some more filming for the documentary film and we will be going to some different locations. We also enjoyed the visit to Southwick House with the Wednesday group and came away knowing a lot more about the history of D-Day.

An introduction to the Wednesday and Friday clubs at John Pounds