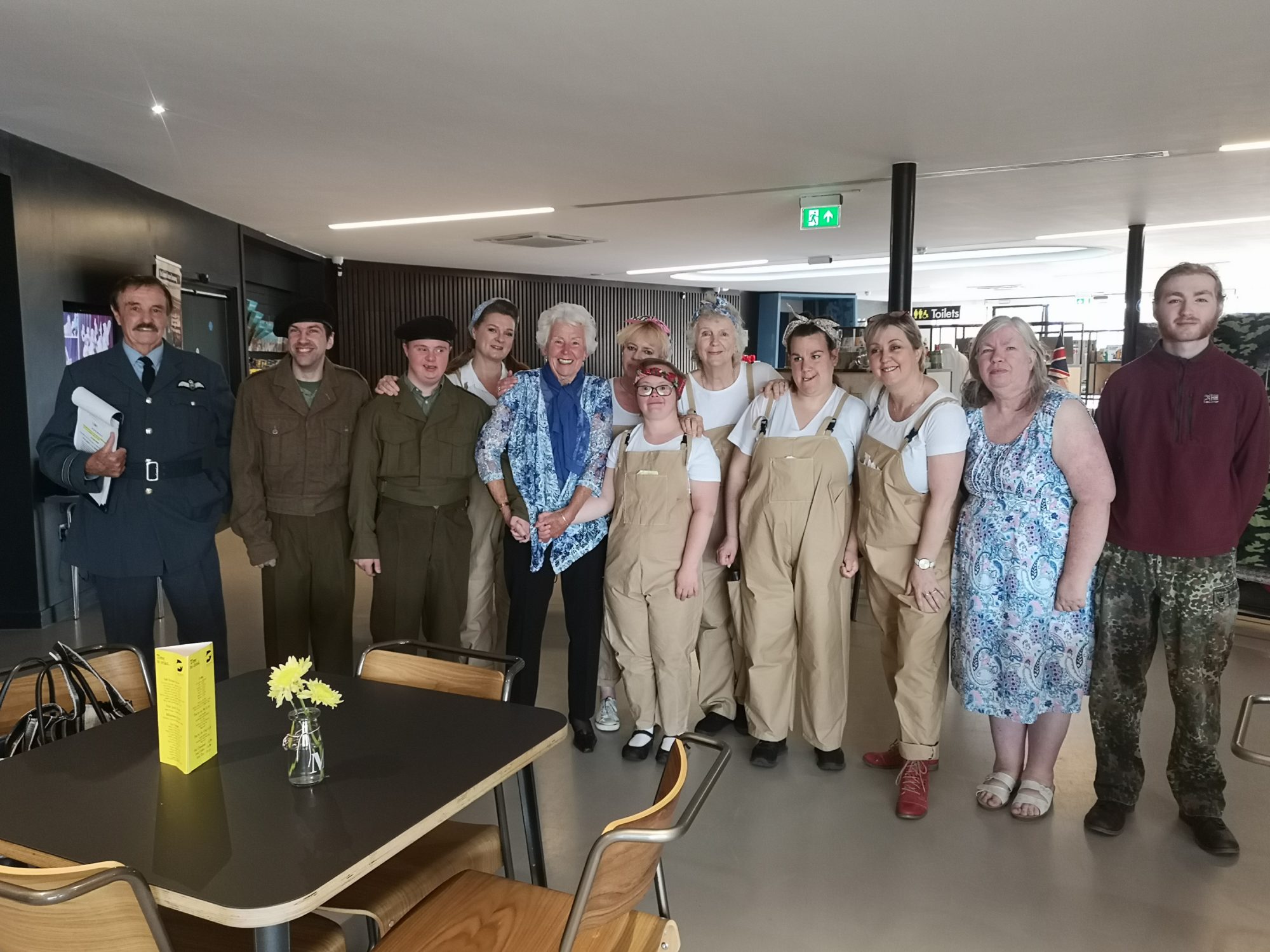 Red Sauce Theatre and The Extras worked incredibly hard to create the performance piece D-Day on your Doorstep. It was performed at The New Theatre Royal on the 9th of June to a great reception and again on the 23rd of June at The D-Day Story.

The play was inspired by the collections of The D-Day Story and focuses on a variety of real life accounts, using letters, to tell the story of the impact the Second World War and D-Day had on the local Portsmouth community. The families of those real life people whose letters were used for the performance were invited to the New Theatre Royal to watch the show. They were absolutely blown away and very emotional about seeing their letters and their families history used in such a positive way. The granddaughter of Ivy and Leslie Bastard said: “The happy look on my mum’s face when they read out the letters to Ivy and Les was priceless.”

Here’s some of what Red Sauce had to say about being involved in the project:
“I have learnt more about the city of Portsmouth, the veterans and their families. It has been a very informative, educational journey.”
“I have learnt so much, it’s been an incredible experience!”
“I feel it has been a real privilege to support the museum and staff for the future expansion in learning.”
“It’s been a really positive experience that brought us all together.”

The big day is less than seven weeks away…