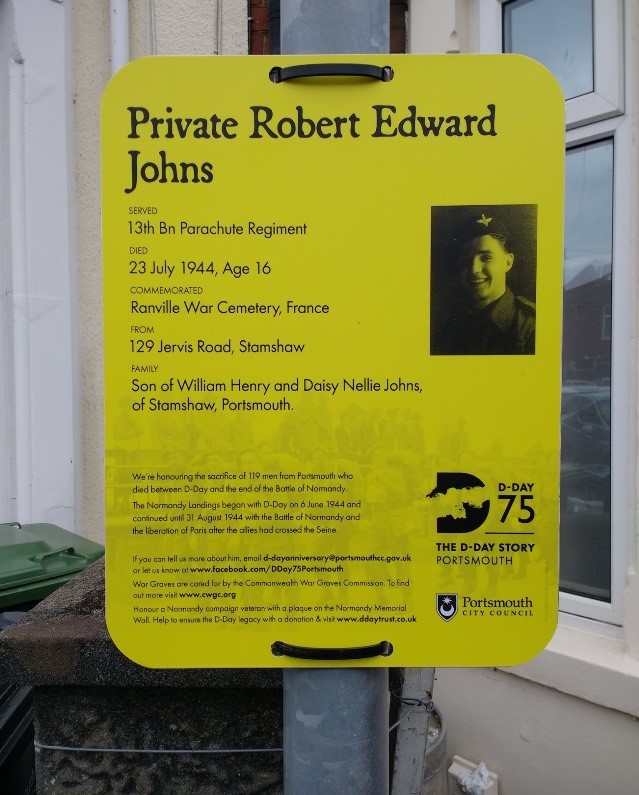 In 2019, Portsmouth City Council installed commemorative panels close to the homes of the 119 men from Portsmouth were killed on D-Day and during the Battle of Normandy.

The 119 men came from all parts of the city and served in all of the armed services – the Royal Navy, Royal Marines, Army, Royal Air Force and the Merchant Navy. They range in age from 16-year-old Private Robert Johns, who served with the Parachute Regiment, to 47-year-old Warrant Engineer William Smith who was killed when HMS Mourne was torpedoed.

The panels helped local people to find out more about the people who had lived in their area during the Second World War and what happened to them. The project illustrated how D-Day was made up of thousands of personal stories, and that these stories started long before D-Day itself.

Portsmouth Story Map
We Knew Something Was Happening