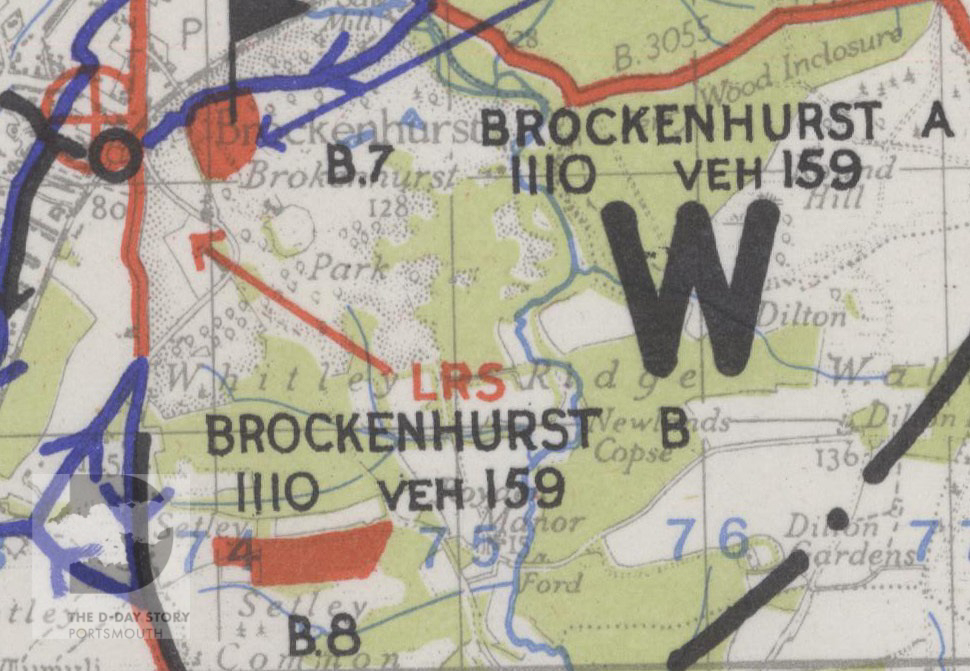 Brockenhurst A and B shown on a map of Marshalling Area B. The red areas show where troops were camped.

Brockenhurst A and B shown on a map of Marshalling Area B. The red areas show where troops were camped.

The Normandy Landings, beginning on 6 June 1944 – D-Day – are normally thought of as something that happened on the far side of the English Channel, in Normandy (France).

Of course, that is where the actual landings took place, but the whole operation depended upon dozens of embarkation areas along the whole stretch of the south coast of England, and in some cases ports on the east and west coasts as well. Here, troops and supplies waited before loading onto the ships and landing craft that would take them into battle.

Beyond these coastal areas, throughout the whole of the United Kingdom there are places connected to the planning, preparations and execution of D-Day. Such places could be a site where part of the Mulberry Harbours was constructed, maybe a factory producing landing craft or gliders used on D-Day, or one of the many marshalling camps where allied troops waited before embarking to cross the channel.

Discover the places connected to D-Day using our interactive map.

Search D-Day on your doorstep: