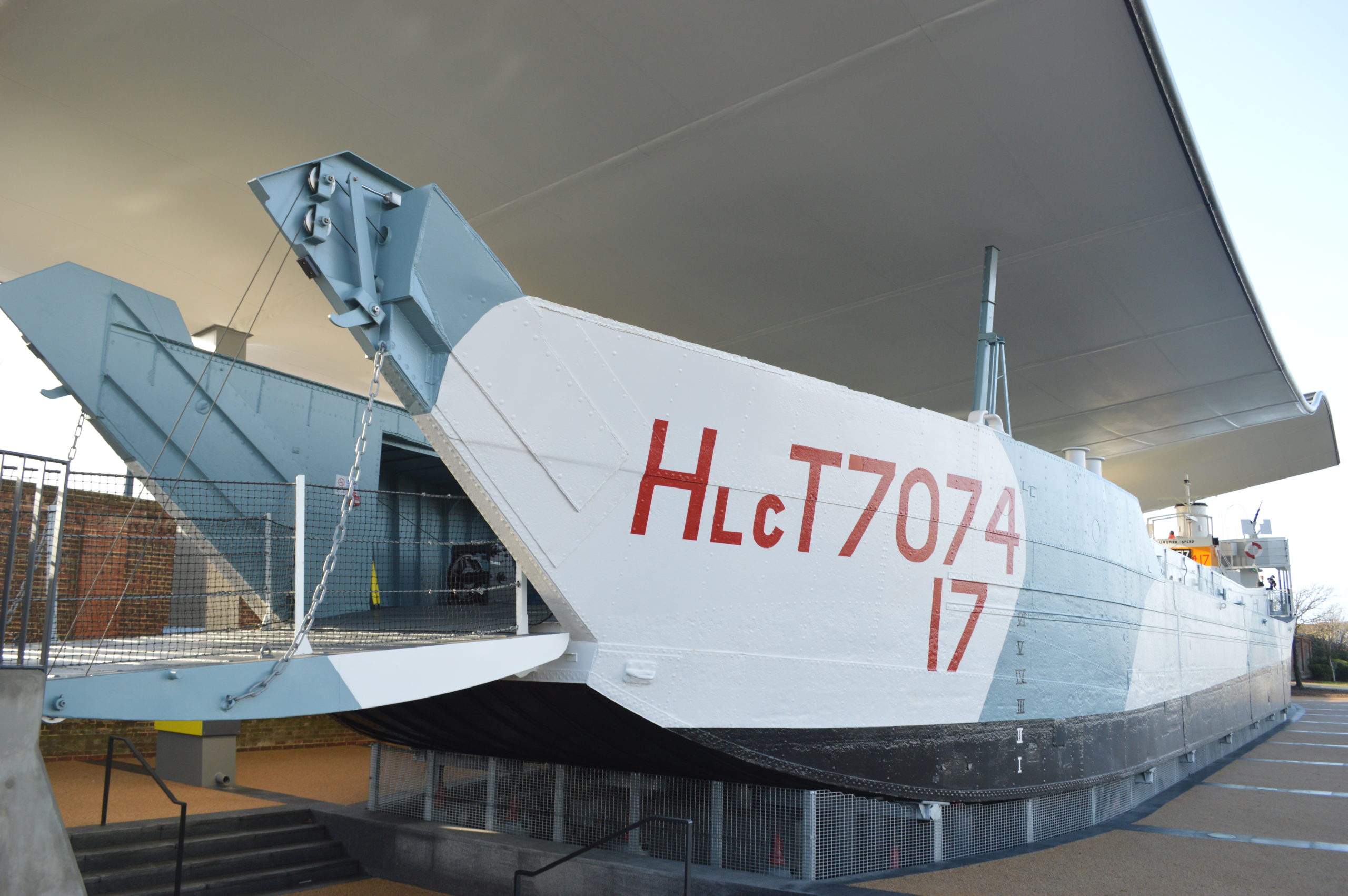 Your visit to The D-Day Story now starts with LCT 7074. This is the last surviving Landing Craft Tank (LCT) from D-Day, and it played a vital role in transporting men and supplies across the English Channel.

After it was retired, LCT 7074 was turned into a nightclub but fell into disrepair and sank in Birkenhead docks. Now, following a multi-million pound restoration project by our partner, the National Museum of the Royal Navy – with backing from the National Lottery Heritage Fund – LCT 7074 has been restored to its former glory.

It now stands proudly outside The D-Day Story, to further tell the stories of those involved in D-Day, and to keep alive their heroic acts.

Board the LCT using the ramp at the front (bow), which was used to unload the tanks and vehicles it carried. On board you’ll find the Sherman and Churchill tanks which used to stand at the front of the museum. These have been positioned on the tank deck to give you an impression of what an LCT full of vehicles would look like – and show off the vessel’s sheer size. However, on D-Day, LCT 7074 carried 10 tanks! 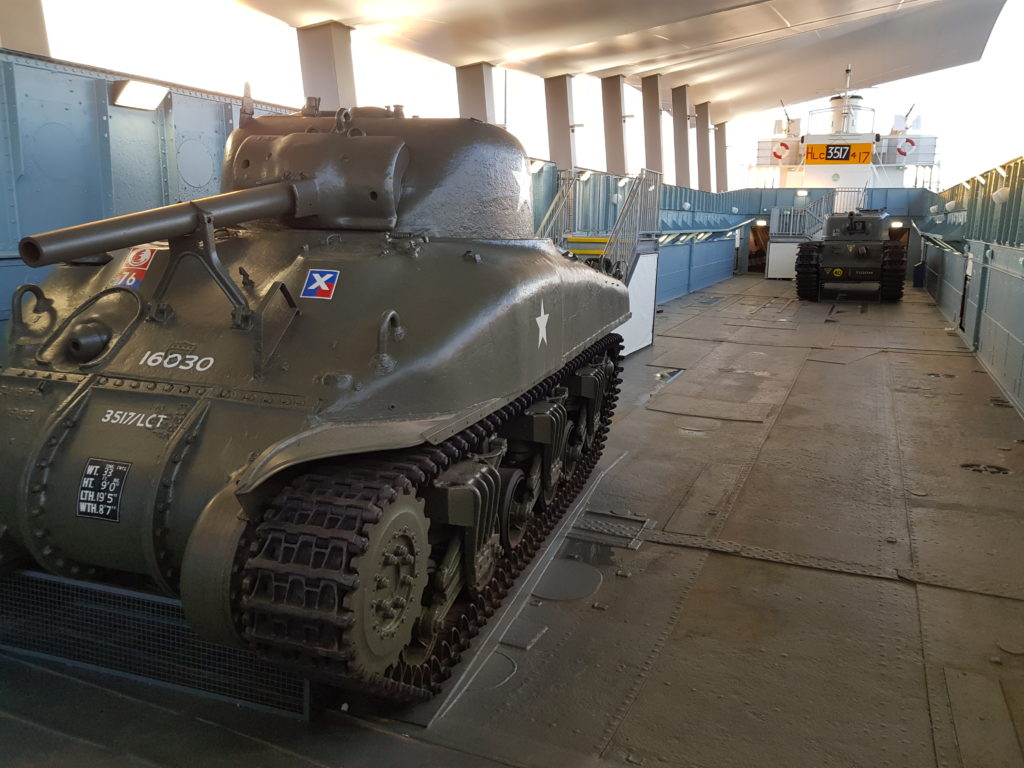 Get an insight into these fascinating craft with a series of short films. These showcase the history of LCT 7074, provide information on the tanks it carried to Normandy, and display how the LCTs worked in general. You’ll discover how LCT 7074 was built at Hebburn on the River Tyne, its role in D-Day, and its second life after WW2 as a nightclub in Liverpool.

A touch-screen provides more in-depth access to archive material, including photos of LCTs and interviews with D-Day veterans.

Next, head up a flight of stairs to see the wheelhouse – which is where a sailor would steer the LCT. You then move on to see the officers’ quarters and kitchen (galley). Visitors who are not able to climb the stairs can view a short film that provides views of the upper decks (please note, this video will be added in January).

Then you head up a ladder to the bridge of LCT 7074, where its commanding officer spent long hours on watch. There are great views to be enjoyed from the bridge, looking out over Southsea Common and the Portsmouth cityscape. The bridge may be closed at certain times of the year for operational reasons. 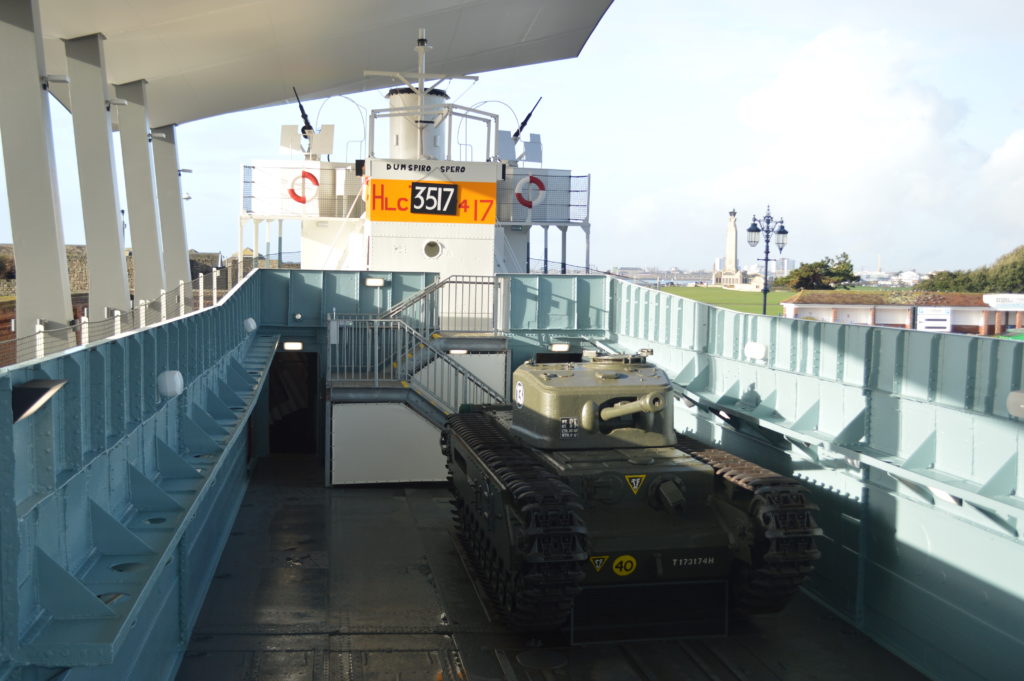 Finish with a walk along the side of LCT 7074, which offers a good view over the tank deck below, before heading back down another set of stairs.

The route is circular, making sure you get to see all parts of the LCT, and to ensure visitors can be Covid-safe. Visitors can also walk all the way around the outside of the vessel, to take in its size from ground level.

Staff and volunteers will be on hand to answer any questions you may have about the LCT.

Make sure you buy our souvenir guide book about LCT 7074, available from The D-Day Story and also in our online shop.

Please note, certain parts of the LCT may need to be closed during bad weather to ensure it remains a safe place for visitors. If you’re concerned, please get in touch ahead of your visit.